Welcome to Scala series. In this tutorial, you will learn about Scala var vs val keyword. This is one of the key and important concept of Scala and request you to please pay attention to it. Let you Scala journey begun 🙂

1.var keyword is used to mark the variable as mutable.E.g.,

var is a mutable variable which means it can be modified or changed.

val keyword is used to mark the variable as immutable.E.g.,

val is an immutable variable which means it cannot be modified or changed.

Please note ,we donot mentioned the type of the variable as Scala is intelligent enough infer the type!

2. Mutable variable(var) can be modified with new value.

Immutable variable(val), the value of val variable cannot be modified.

3. Mutable variable(var) type cannot be changed once it is initialized.

Immutable variable(val) is like final keyword in Java.The type cannot be modified.

Hope this article helped you to understand Scala var vs val keyword. If you want to learn more about mutable and immutable variables and collections in Scala please refer below of my posts.

Please leave a comment and give us a thumbs up. 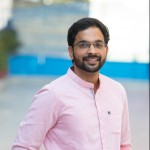